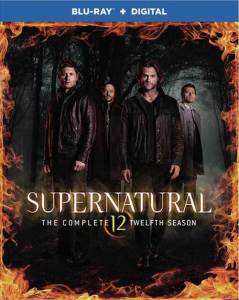 “In the show’s twelfth season, Sam and Dean Winchester (Jared Padalecki & Jensen Ackles) are reunited with their mother, Mary Winchester (Samantha Smith), newly resurrected by the apocalyptic force known as the Darkness. But Mary Winchester is not the only family appearing this season. In addition to Lucifer being sprung from Hell, he’s also expecting a son. Now, the Winchesters – with Castiel’s help – must not only contend with Crowley, Lucifer and his spawn, and the arrival of the conniving British Men of Letters (who’ve come to “complicate” their hunting days), but they’ll also have to relearn what it is to be a family again after all these years.”

The Winchester Mythology: Clash of the British Men of Letters

The Winchester Mythology: The Hunters Life